All labs from jake Hoffner presented below

In this lab, we are to uncover the relational construct between graphs of motion and the kinematic equations that describe them.

​​We will be using a cart and an inclined plane to collect data based on the position of the cart and the time it took to get there by marking this data on a paper strip using a ticker timer. Using this data, we will determine the velocity and acceleration using graphs in Excel. The graphs will also be used to find the acceleration and velocity of the cart as the cart's front edge passes the 15 cm and 75 cm mark.

Below are sample calculations that show how  velocity and acceleration are calculated into the graphs: 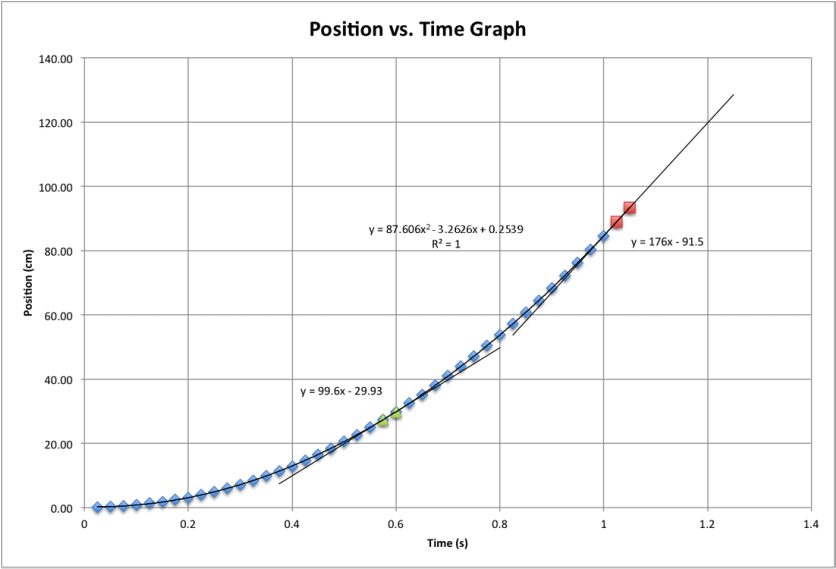 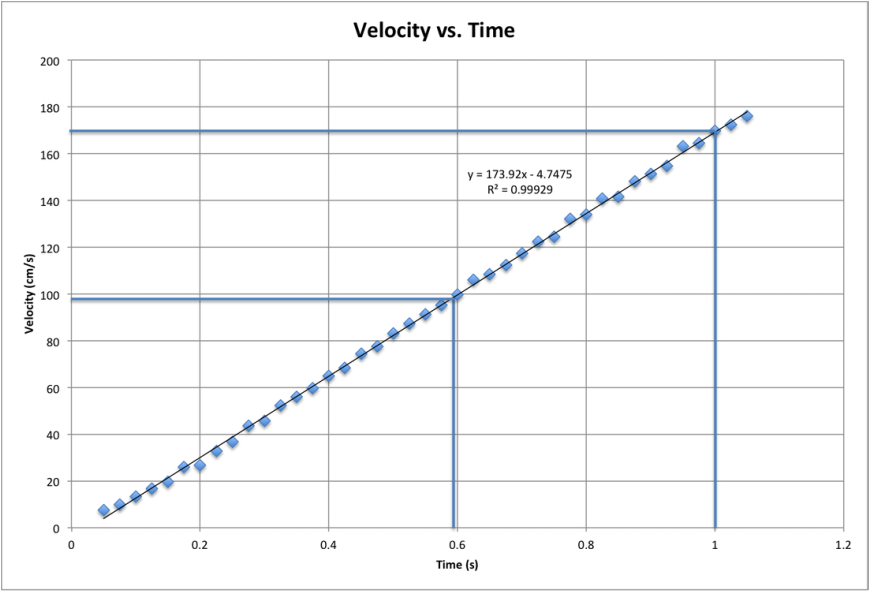 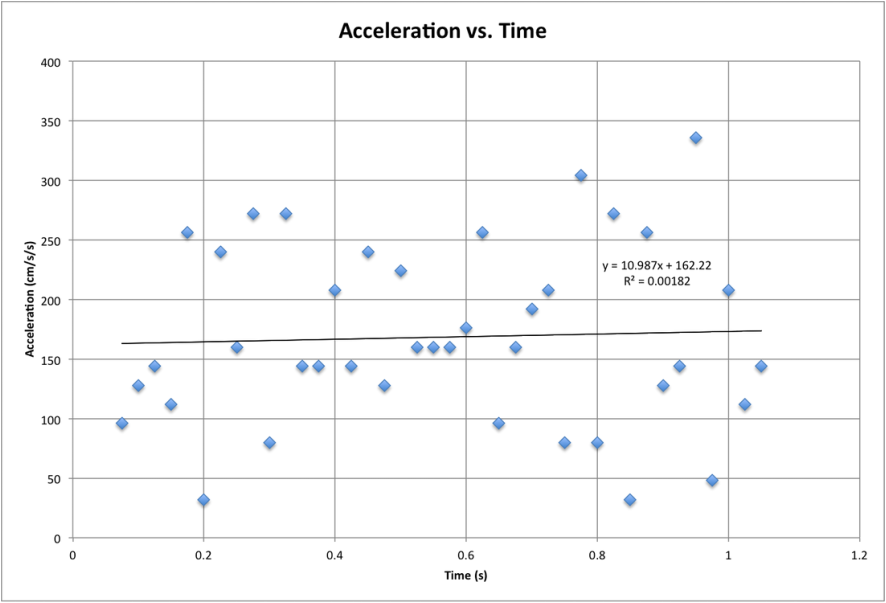